I have been twice to Bluff, the southern-most town on mainland New Zealand. The first time was only a few months after my arrival in the country and was to attend to the locally renowned Oyster festival where we were to taste the freshest and most delicious oysters in the country. We reached the small town an hour late (approximating driving times is somewhat difficult at first), and barely made it to the festival before it was completely shut down and evacuated due to strong winds (and strong might not be the right word here). The big white tents where everything was taking place were shaking so much, the women inside at the food kiosks were afraid and desperately trying to sell the remaining of their prepared food at discount prices before packing up and leaving in haste. We finally enjoyed a small plate of smoked eel on the go while listening to the last songs of a gig in the only building that wasn’t being evacuated. We left 10 minutes after, in the rain and without having tried a single oyster. 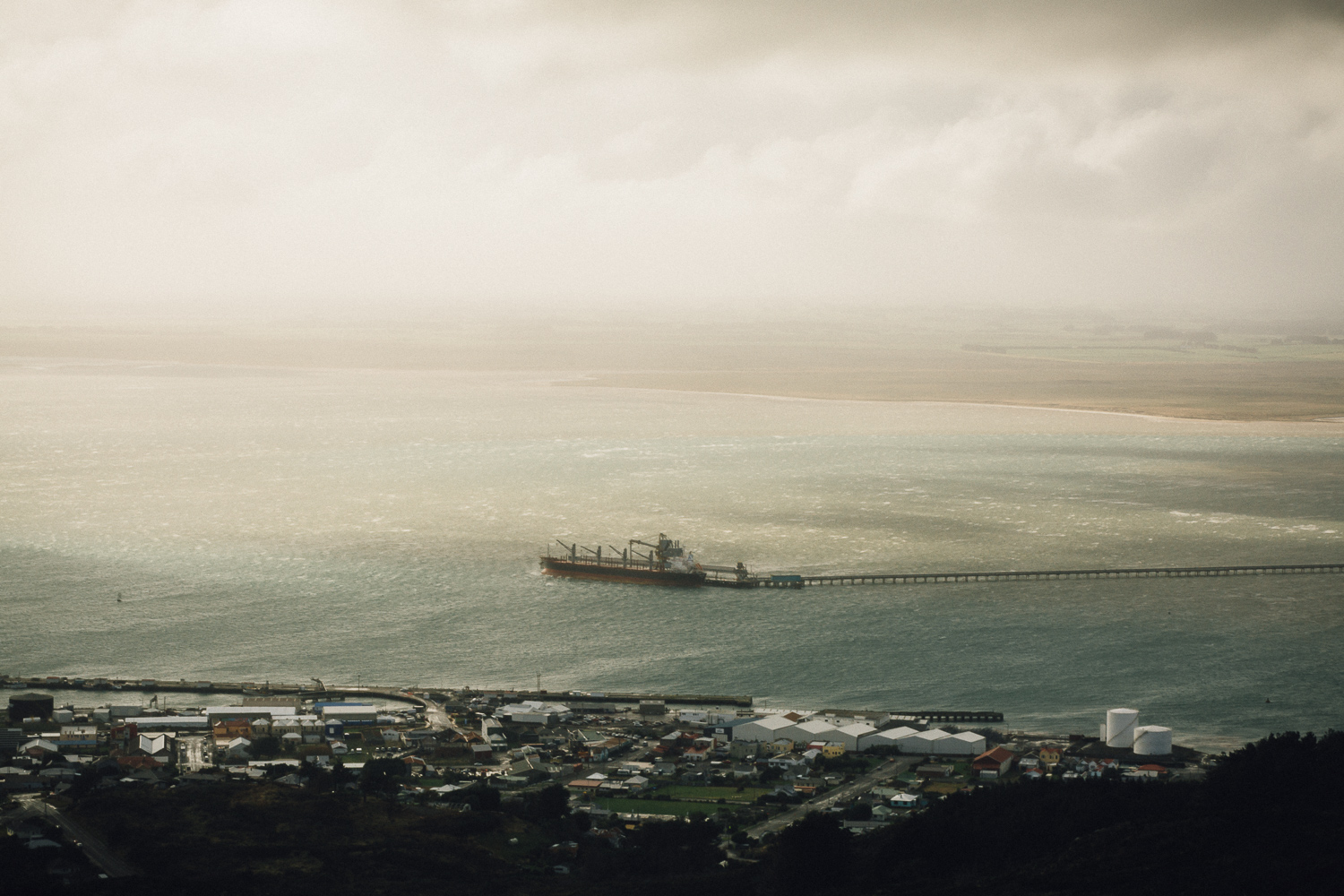 Bluff and its seaport, as seen from above the hill that is overlooking the town and is providing some cover from the ocean wind. This was a brief moment of sunshine not long after the closure of the oyster festival. 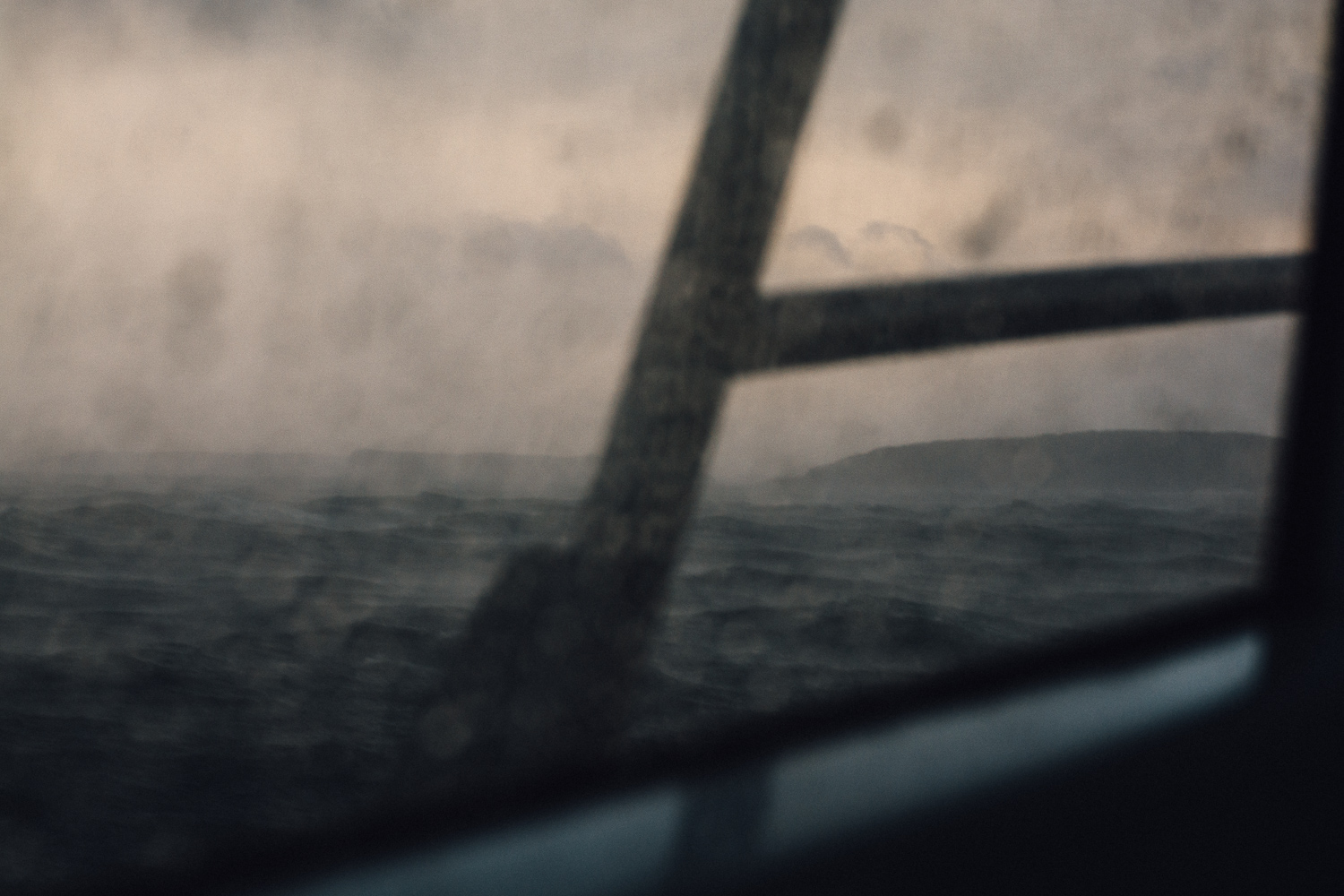 The second time in Bluff, where this story properly starts, was only a couple of months later and once again we arrived in the middle of a storm with ridiculously strong wind gusts and nobody in the streets. However, we were only in transit this time to go to the (real) southern-most town of New Zealand, Oban, which is located on Stewart Island. This is south of the South Island in the Pacific Ocean, across the Foveaux Strait, considered to be one of the roughest stretch of water around New Zealand. All very nice really, apart from the fact that we were there to catch a small ferry that would bring us on the island, and with the kind of weather we had it could be canceled any moment. Fortunately for us the ferry was given the green light and off we went on a boat trip that I will probably remember forever. It is during this trip that I learnt with great joy that I don’t have sea sickness, but that a boat trip can resemble a roller coaster ride… without the harness. 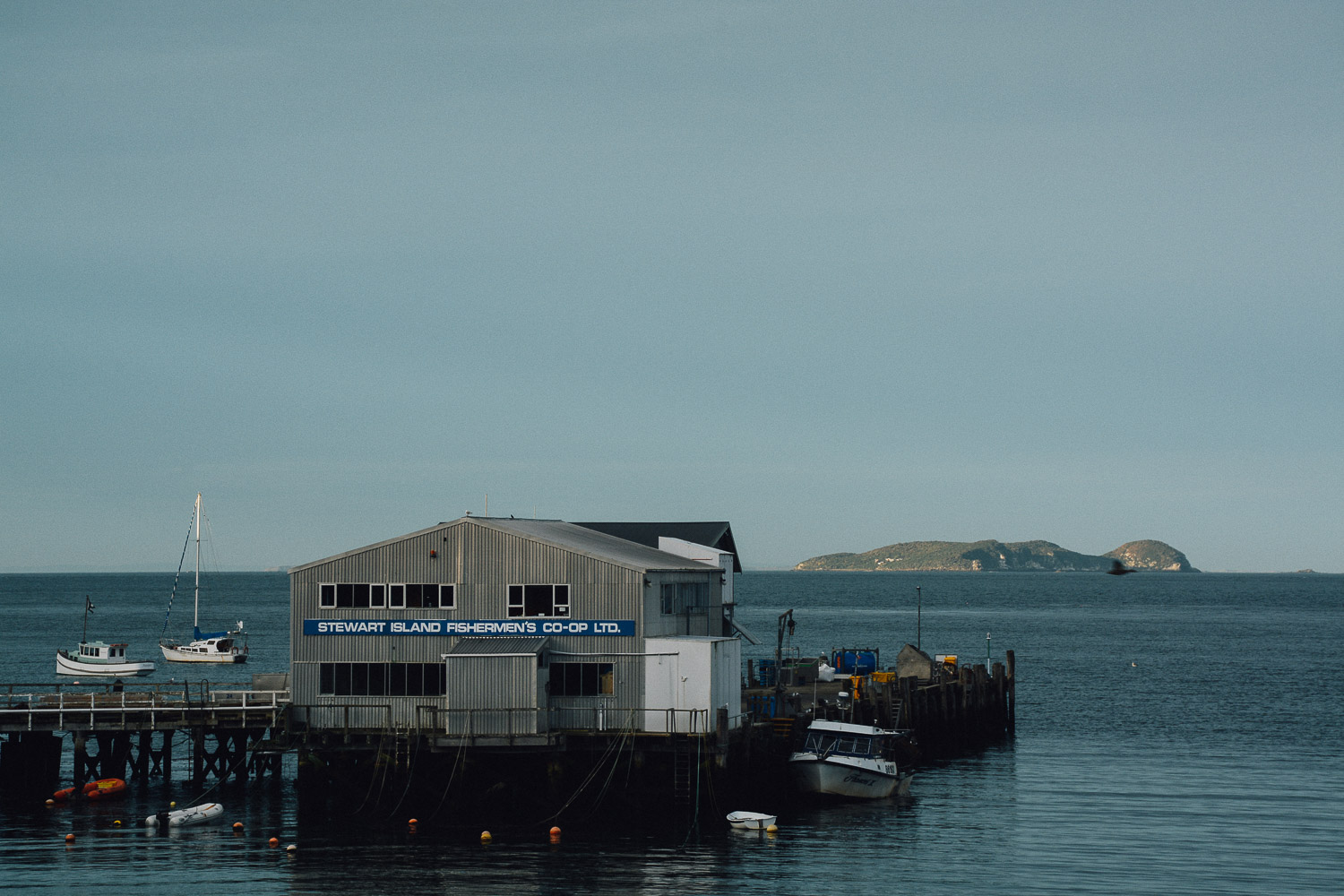 Making it to Oban was a fun ride, but we weren’t there for the surge of adrenaline; rather, it was for a much more relaxed and slow-paced adventure. We were there for the faraway Rakiura track, a 3 day hiking track — or tramping track, like they say in New Zealand — that lets you experience some of the wilderness of this South Pacific island. It really is a remarkable starting point to begin exploring New Zealand, as you get a chance to see a lot of typical landscapes that draws so many people to this country: golden sand beaches and turquoise waters, unspoiled and weather-beaten coastlines that have seen their share of Pacific and Tasman storms, tree fern forests that seem coming from another world, and of course the wildlife. 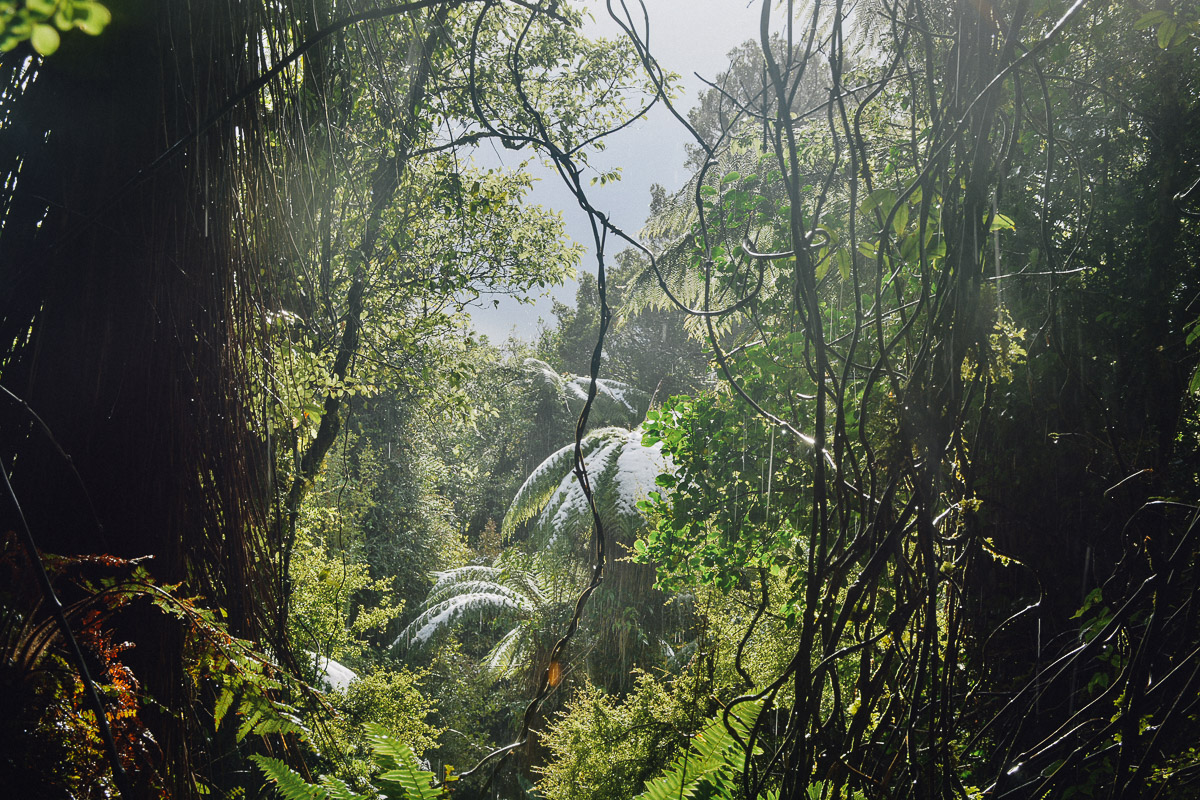 We started our walk early the next day, on a cold and invigorating winter morning. We took the time to eat some bread and jam in the hotel’s lobby overlooking Halfmoon Bay where the small town is nestled. Outside, a layer of snow on the ground appeared slowly as the light grew brighter. We took off shortly after with our backpacks and our fresh legs, and slowly left town on the road that leads to the start of the track, about 5 km outside Oban. 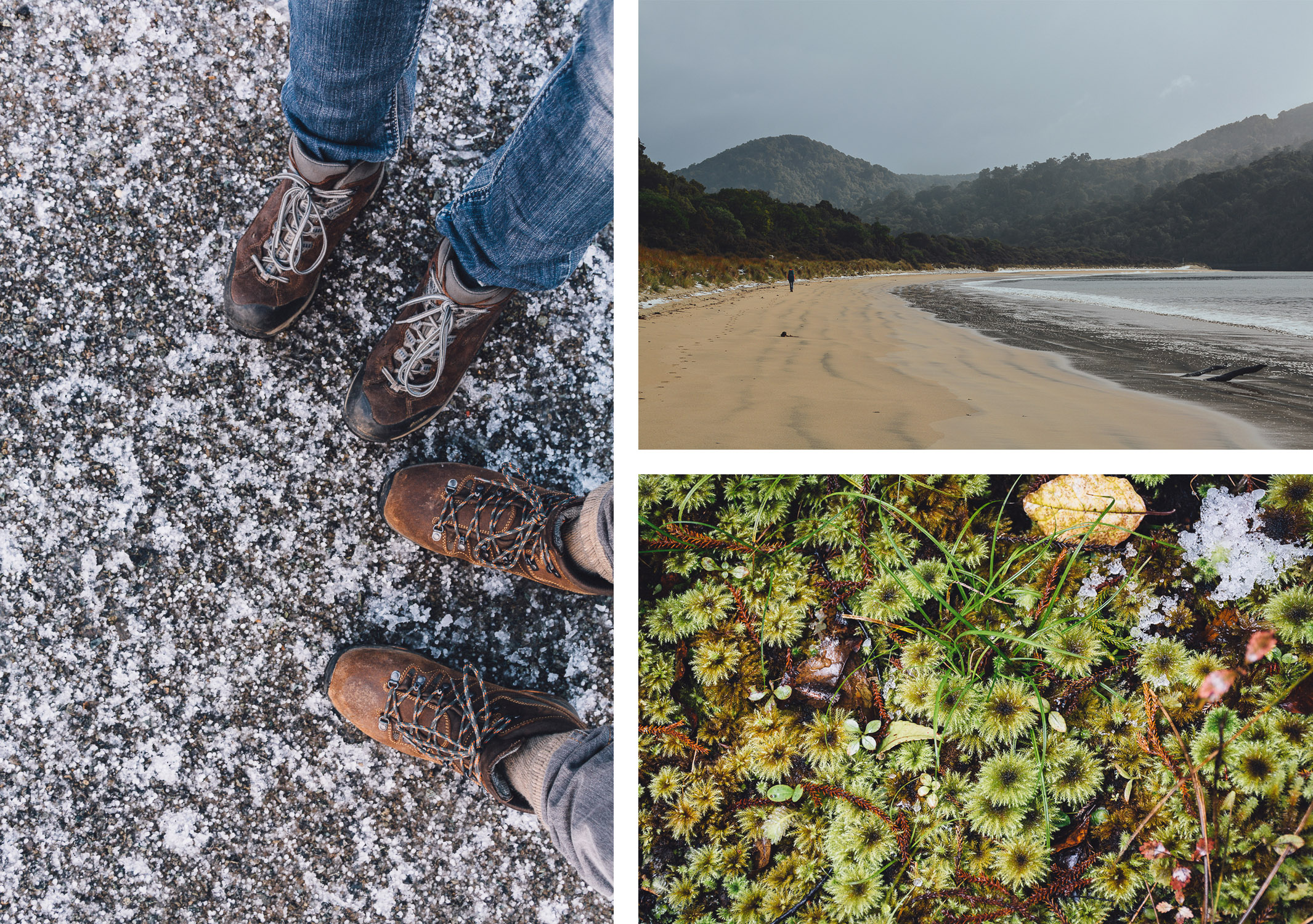 The mix of snow and hail that welcomed us in the morning as we started the day wouldn’t last long with brief moments of sunshine. By midday only a few patches of snow would remain in the shades of the forest. 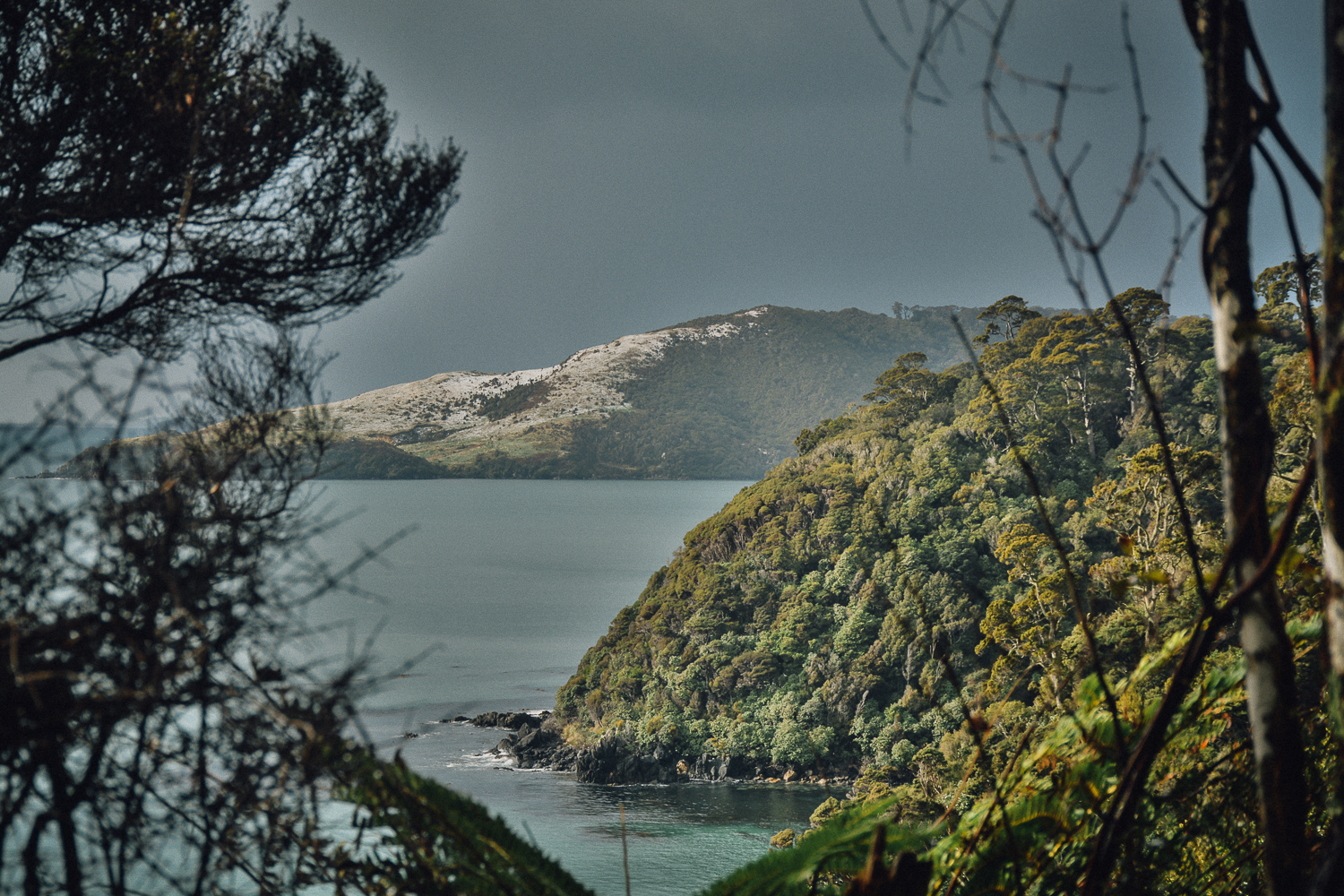 Reaching the starting point of the track, we met 3 young spearfishers, their wetsuit on and a smile on their face, ready to dive. They were on the same ferry that we took the previous day and were coming on the island for the weekend. We left them to their preparations and as we walked away into the bush, we could see them entering the cold water, and I felt somewhat better on the trail in my dry boots. That feeling wouldn’t last the day, however. 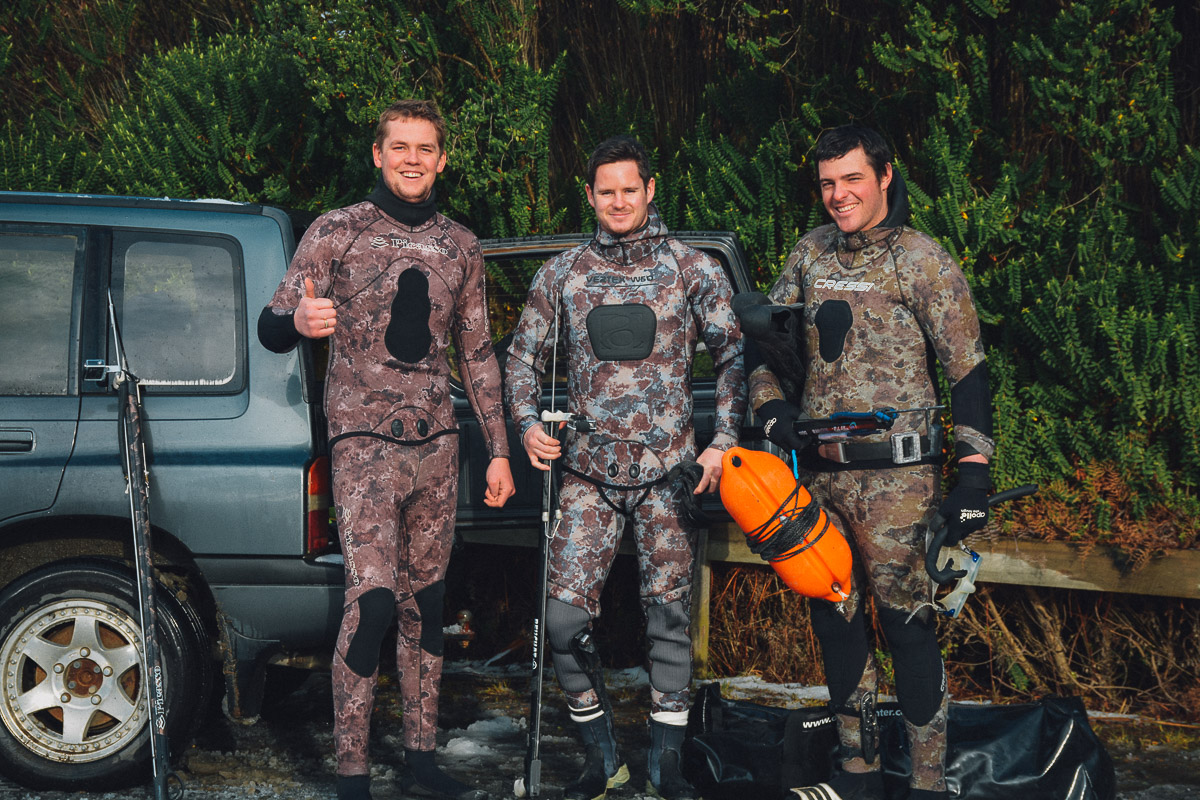 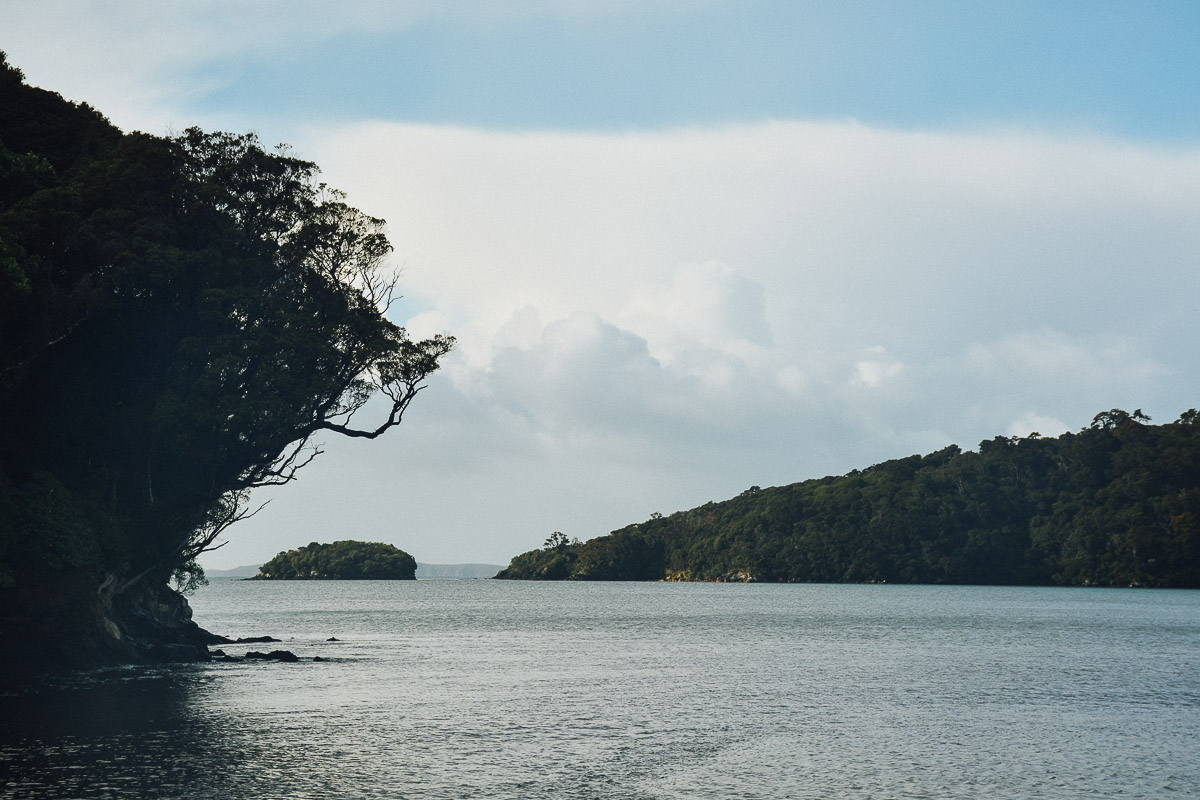 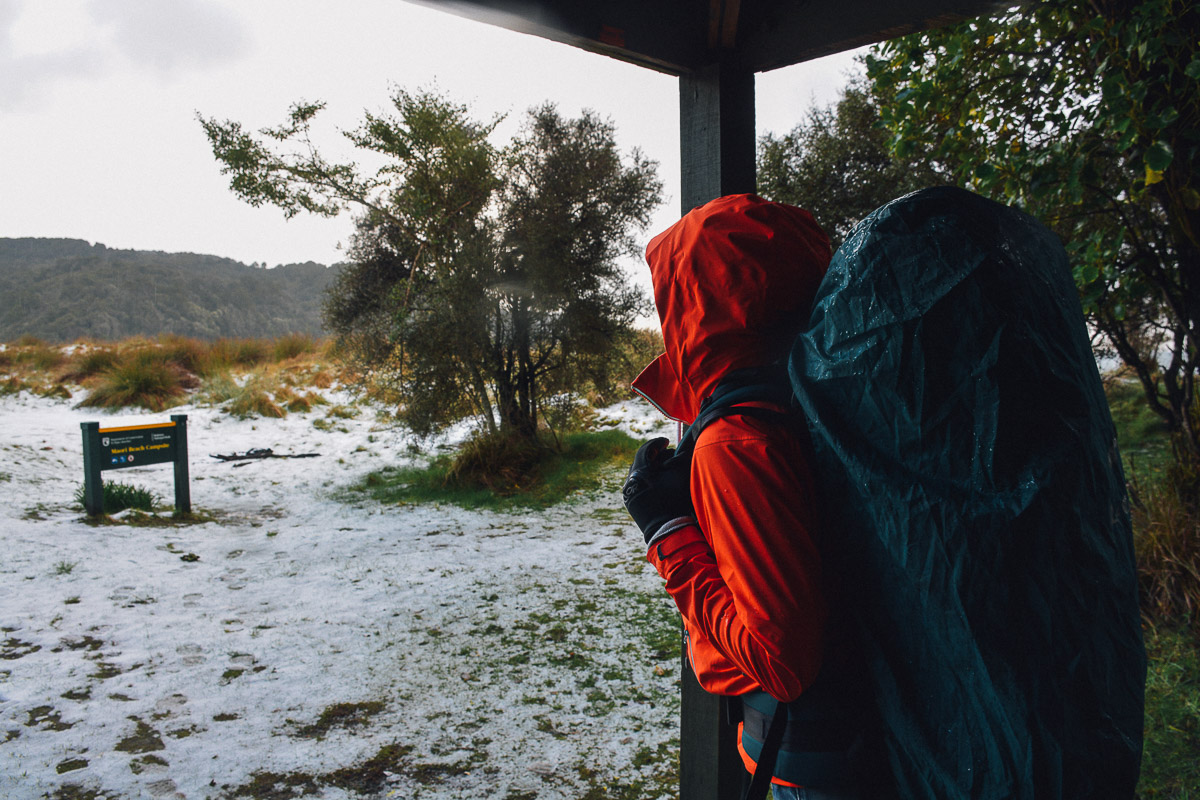 There was a succession of rain, hail and sun throughout the first day that wasn’t too bothersome because the precipitation never lasted long enough to get us drenched. The positive side was that this rain rendered the textures and colours of everything much more deep and vivid. That, and with the luxuriant and unique vegetation you can see while walking these forests, it makes you feel strangely out of this age and is an incomparable feeling. 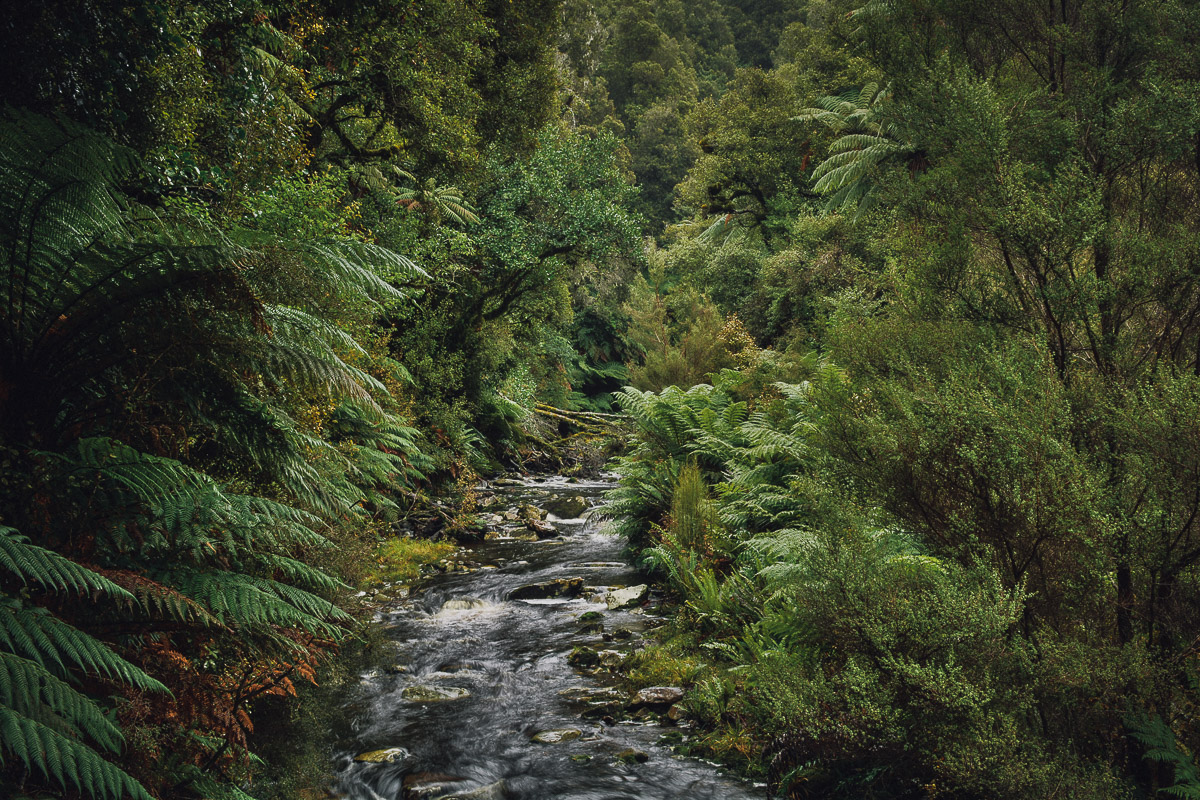 Following our encounter with the spearfishers, we trod further along the coast and rapidly found ourselves surrounded only by the trees, the birds and the ceaseless sound of the waves. We didn’t know it yet, but we wouldn’t see anyone… at all, for the rest of the track, like it had been deserted from all. Not seeing a single soul of the whole excursion accentuated a strange impression to be completely alone and on our own, left on this immense and remote island, at the far reaches of the world. 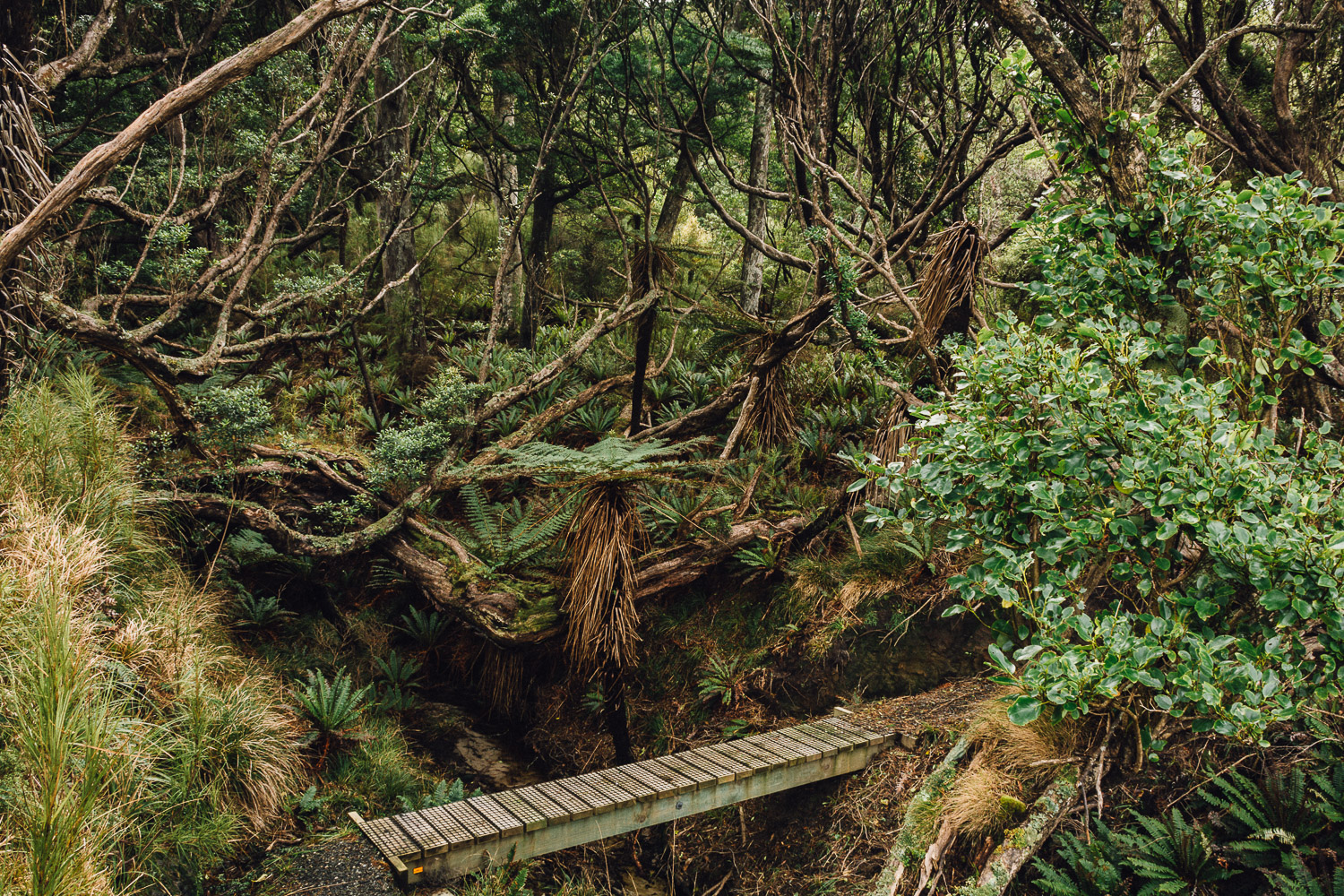 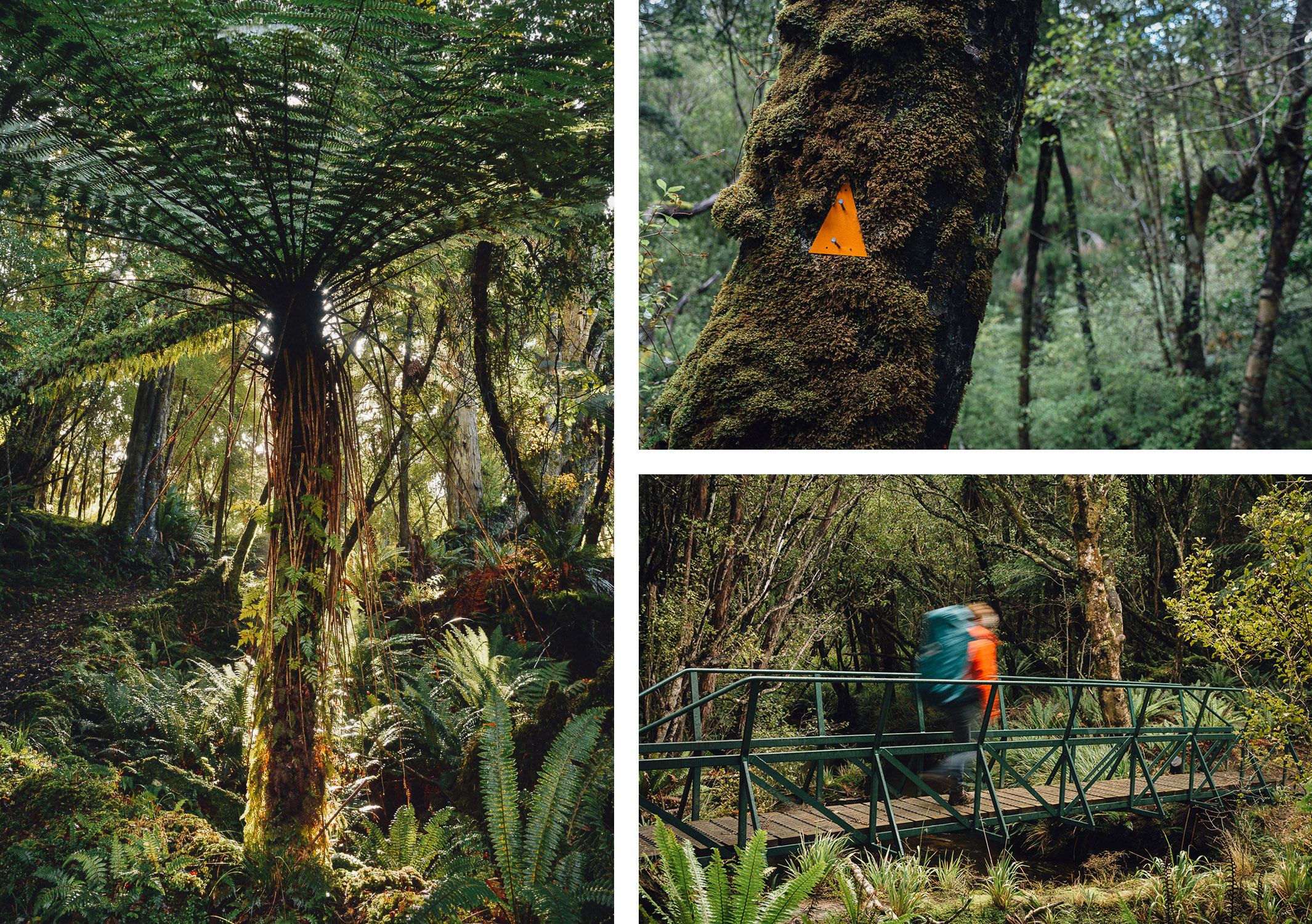 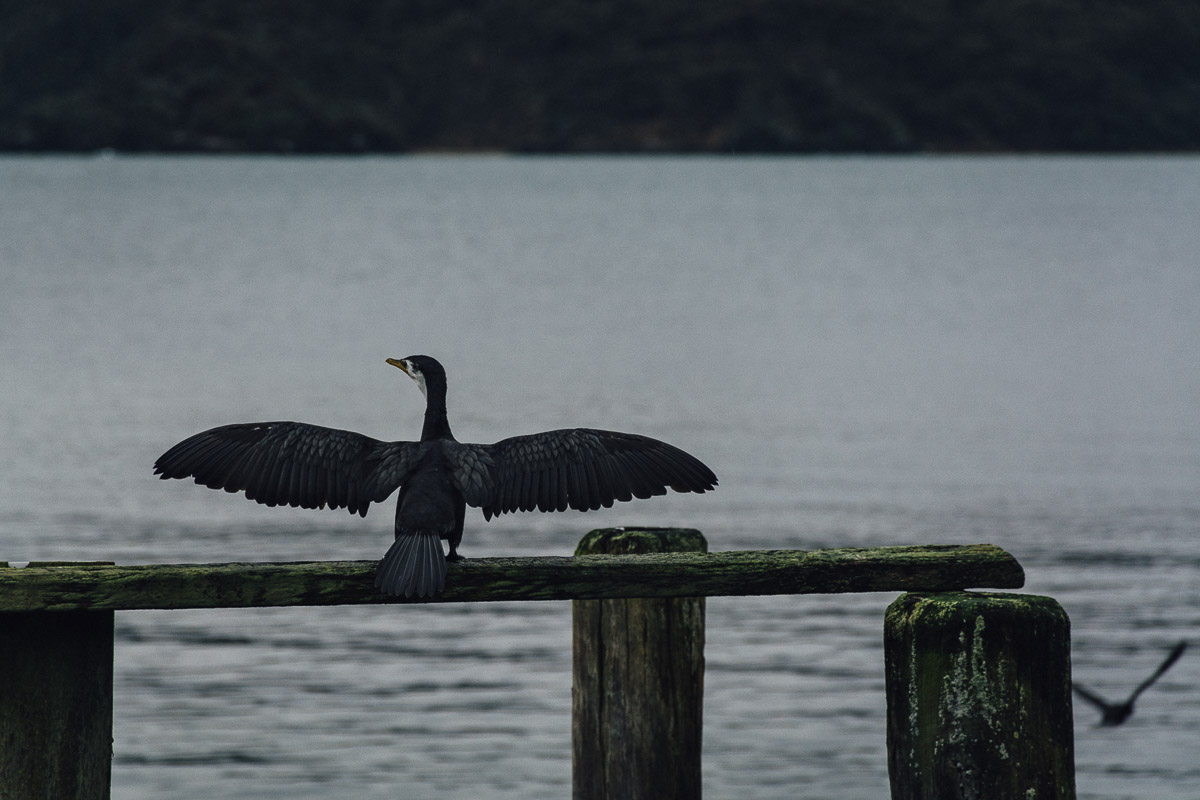 At the end of the first day, we arrived at Port William Hut where we found a small wharf and on which a few shags were resting in group (right & above). These were probably Pied shags (karuhiruhi), a large — almost 2kg — native species found in many coastal areas around New Zealand.

It was also the day we were to have our first encounter with the famous kereru (below), the New Zealand pigeon. It is not your typical pigeon and you won’t see it on the ground, looking and asking for food. In fact, you’ll never see it on the ground at all, as it is arboreal and usually very silent when perched. However, once in flight, it has loud and very distinct wingbeats that cannot be mistaken. 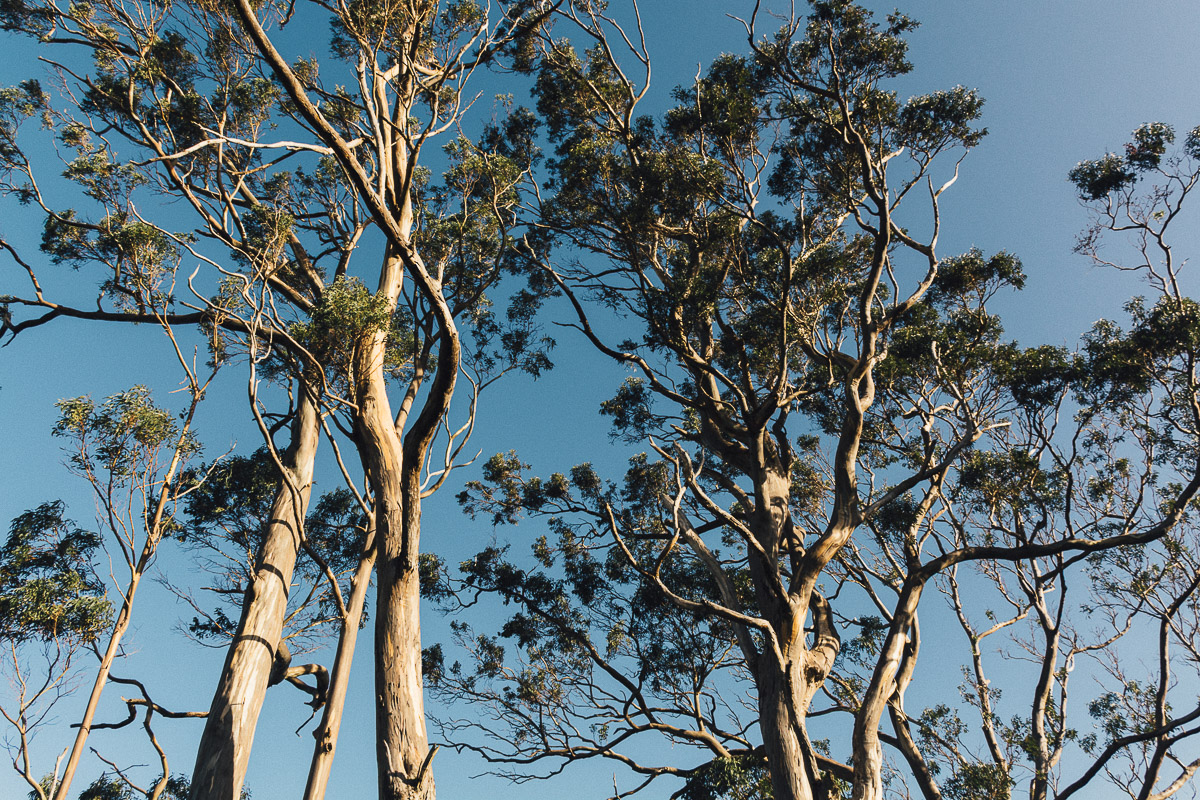 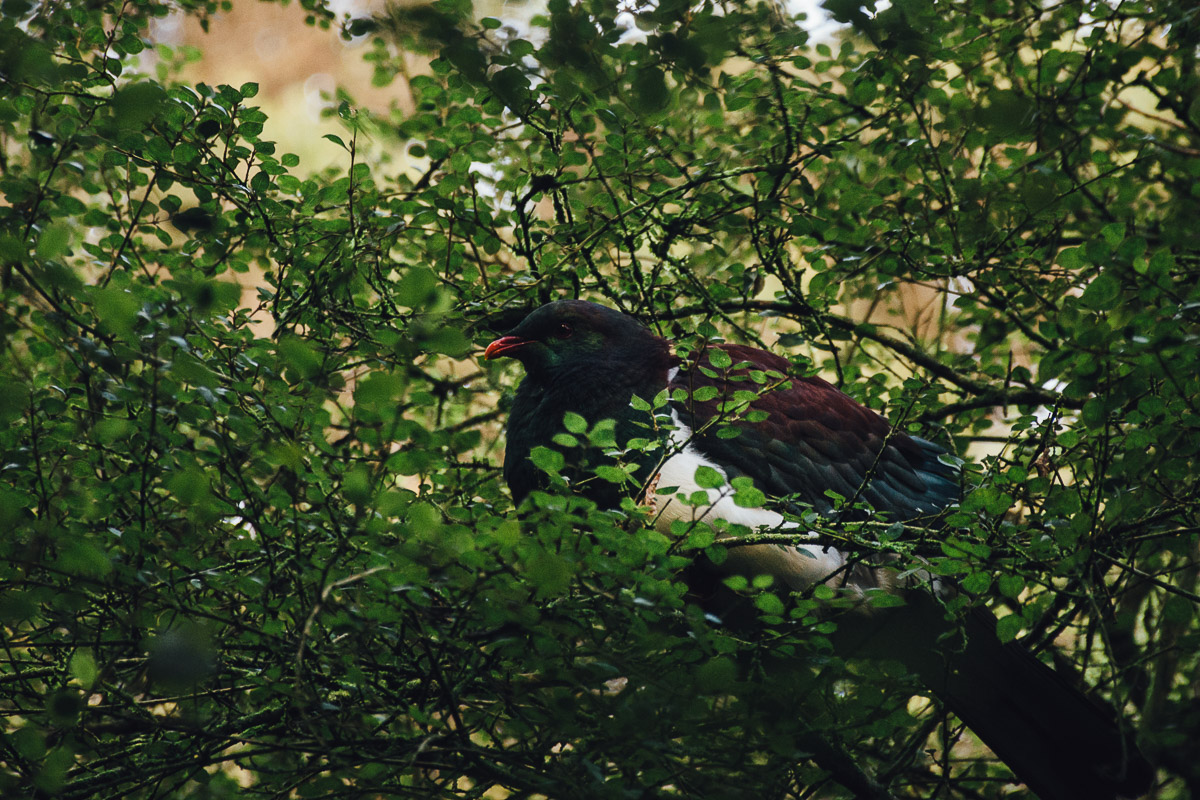 It was getting dark outside while we were making a fire to warm us a little. Not so easy, but being alone in the hut we could stay close (more like glued) to the woodburner.

And then it happened… Repeated shrill and clear whistles coming from the depths of night. The kiwis were there. The iconic emblem and the most cherished animal of New Zealand. Unfortunately — like most trampers — we didn’t see any but could hear them quite well for the first few hours of darkness. Not knowing about these strange calls could be quite scary, mostly the one from the female kiwi as it doesn’t resemble any other avian sound and is more like an aggressive shriek of some angry beast.

On Stewart Island, you can only see one species (out of 5), the Southern brown kiwi. The locals in Oban frequently see some at night while walking within and near town and even during the day on some rare occasions. But being a nocturnal bird, you usually have to go outside at night with a lamp and walk slowly around to catch sight of one. Sadly, we didn’t have such luck that evening. 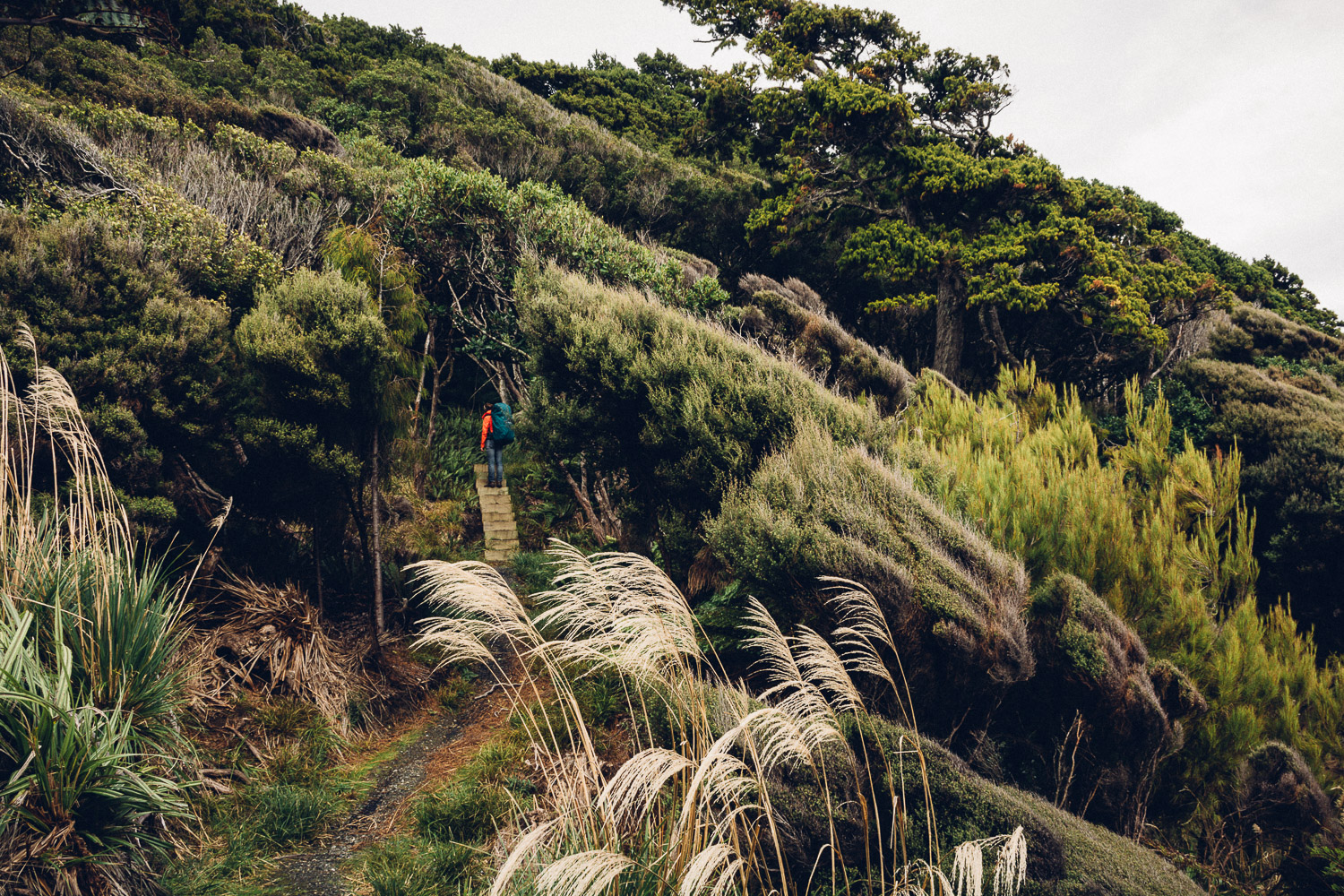 Deep into the woods

We spent a cold winter night wrapped up in our sleeping bags and woke up more than ready to start walking again to warm our bodies. The second day brought us deeper into the island as we left the coastline to reach North Arm Hut on the other side of that stretch of land. This is where you’ll feel the most remote but also where you’ll see some of the best landscapes of the track. Very dark and dense canopy cover with tall tree ferns about everywhere. Ferns, mosses and many other plants thriving on other bigger (sometimes gigantic) trees’ trunks and branches, creating these rich and dense layers of vegetation that surround and almost submerge you. 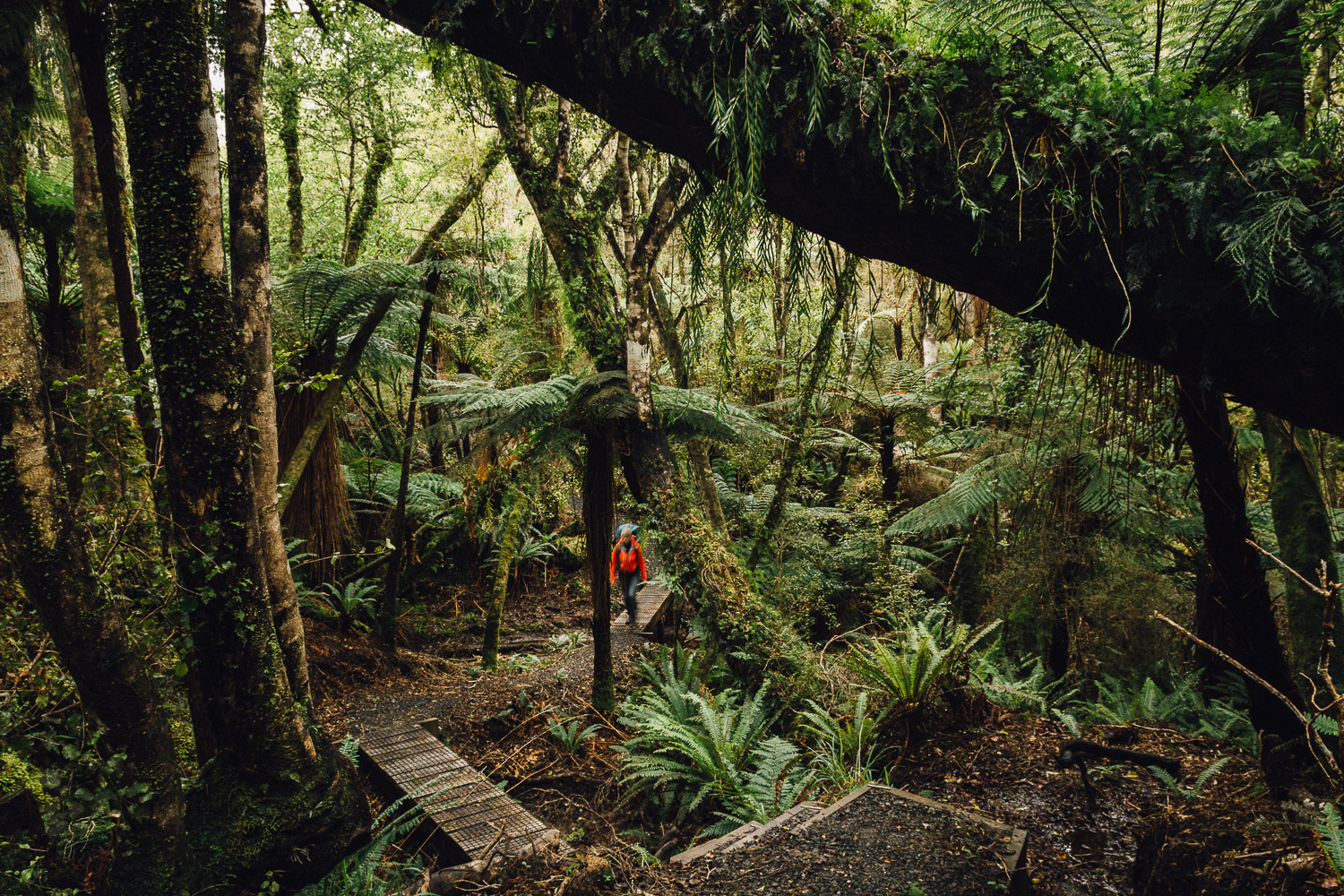 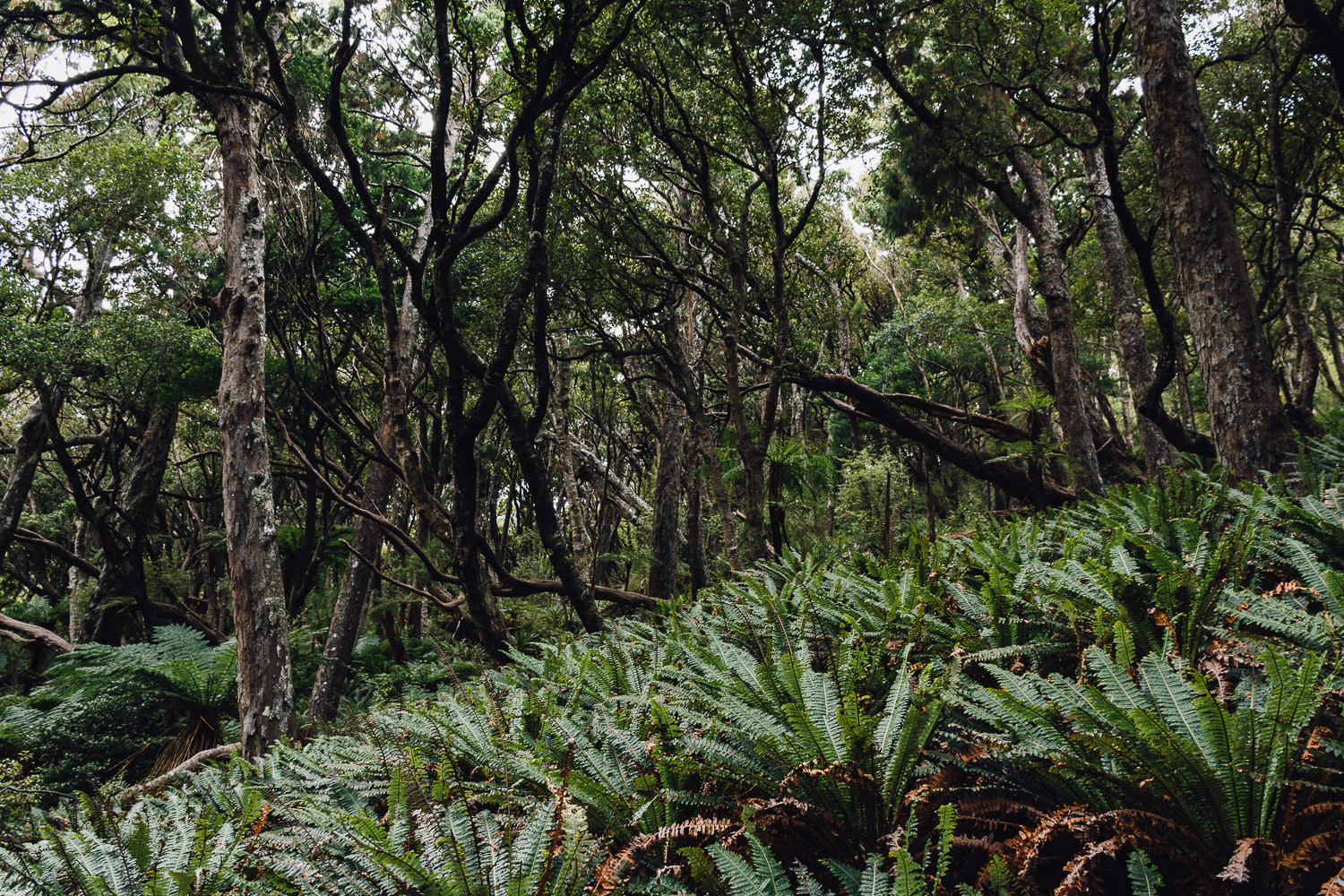 The tui is a beautiful bird of fierce looking with his dark, metallic colours and white throat tufts. Add to this the filamentous white collar on the back of its neck, and it all makes the tui look more majestic and venerable than many other birds. Like it wasn’t enough, it also has one of the most impressive songs of all New Zealand birds *. 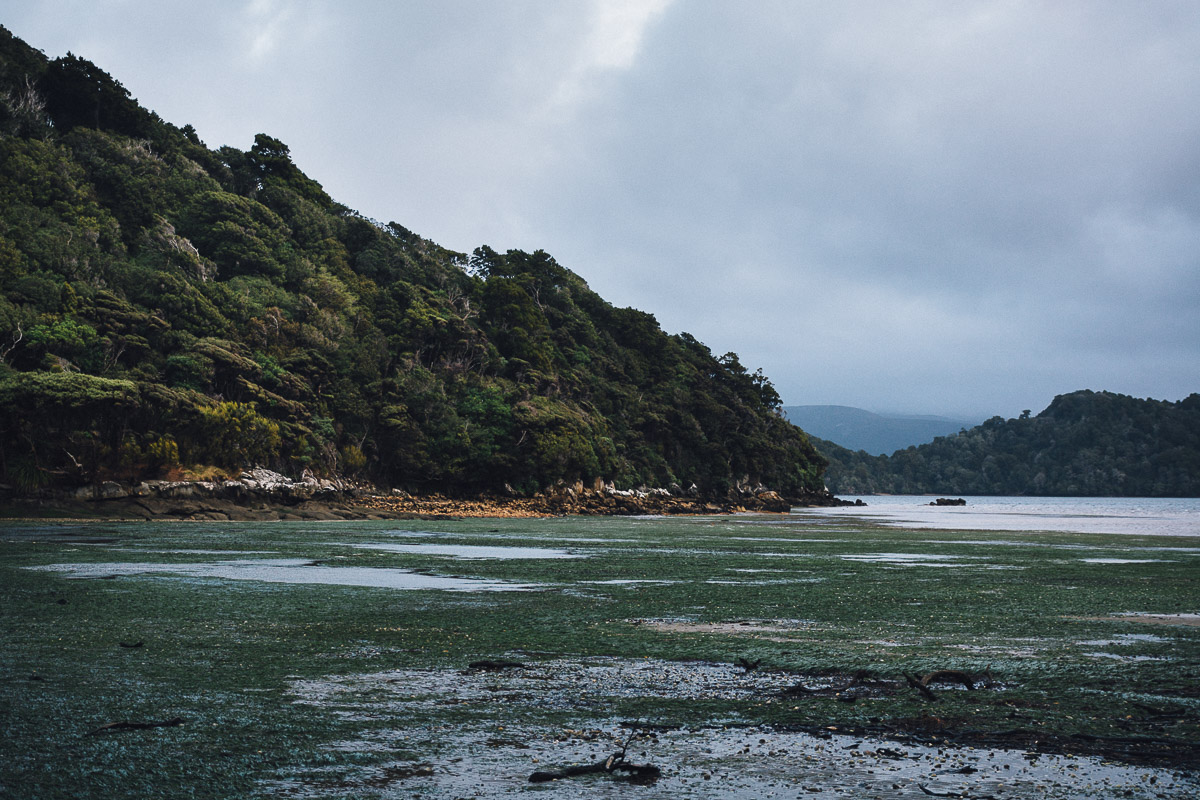 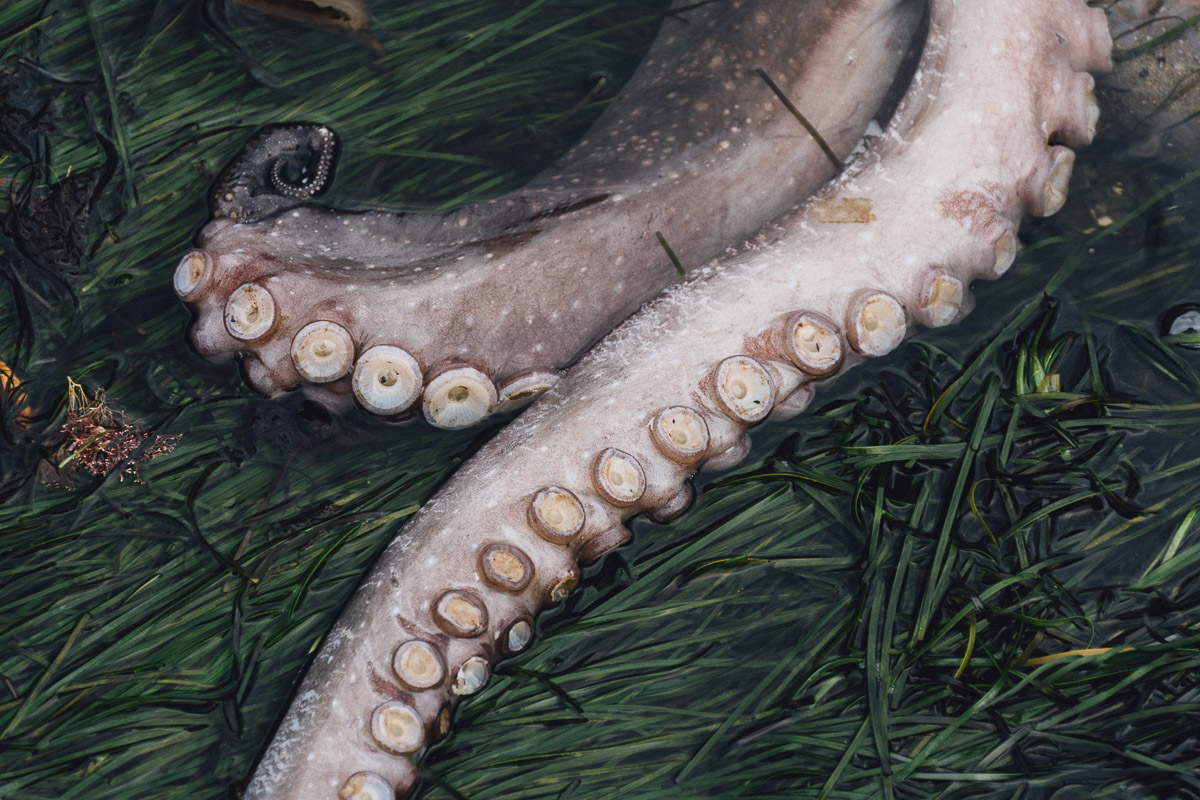 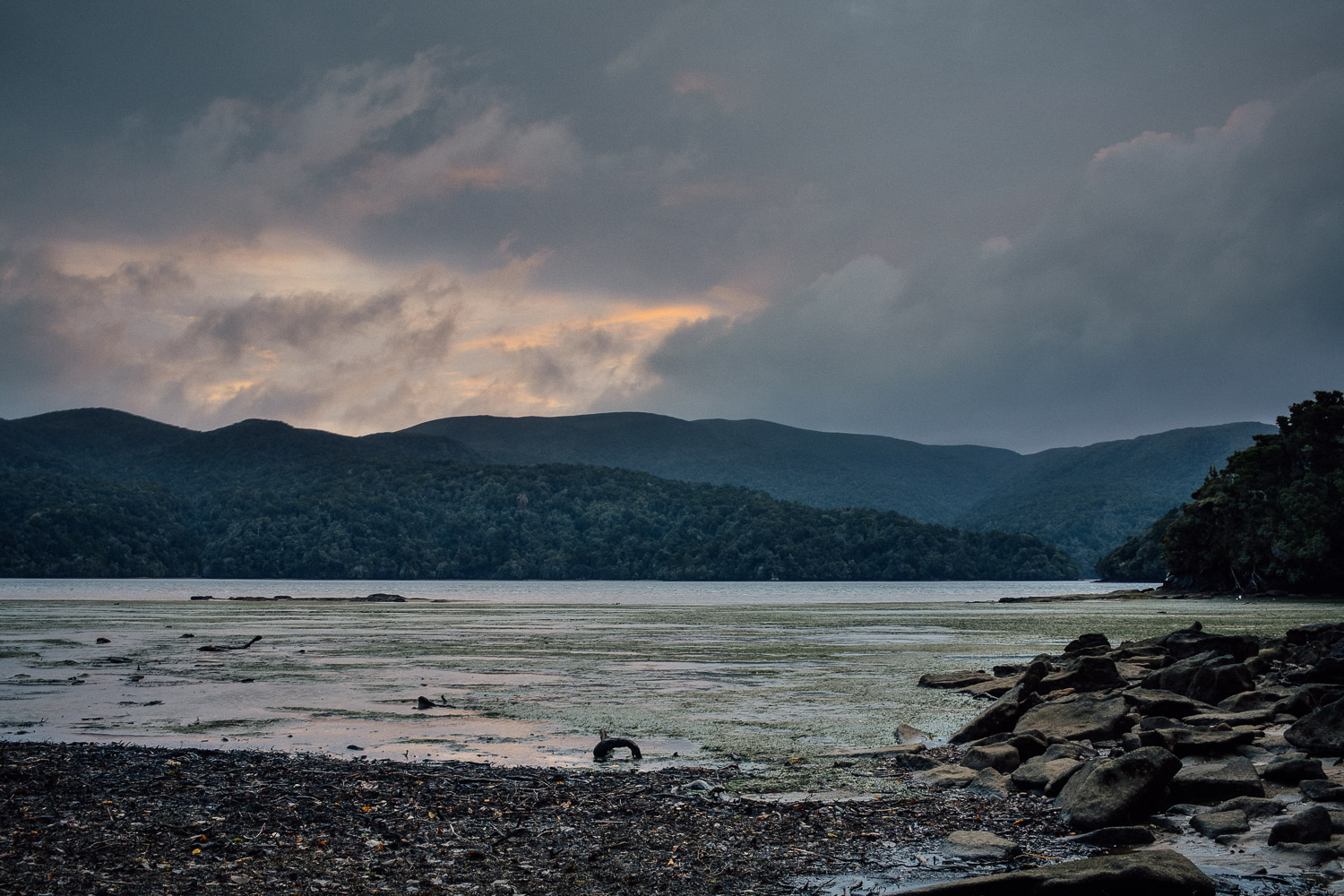 Reaching the other side of the forest to North Arm Hut, located in a little bay, we could have a glimpse at the strength of the elements that this place endure all year round. Weather-beaten trees and shrubs are in angle positions because of the continuous and strong winds coming from the sea. Large segments of the coast look as if they had been brushed on the side.

We were there on a not so calm evening, but the rain had stopped and the tide was low: it gave me the opportunity to wander around the bay at ease. Herons, mussels and little crabs could be seen, along with large rocks strangely shaped by the waves and the tides. 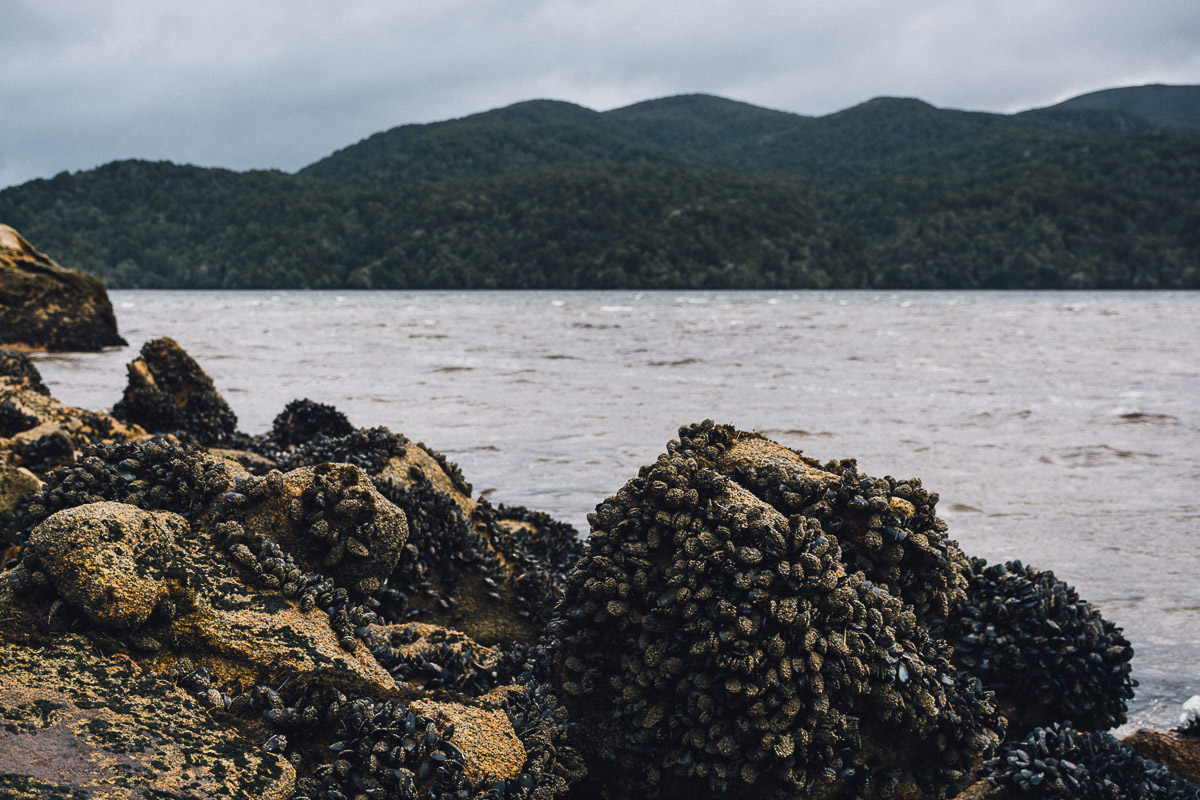 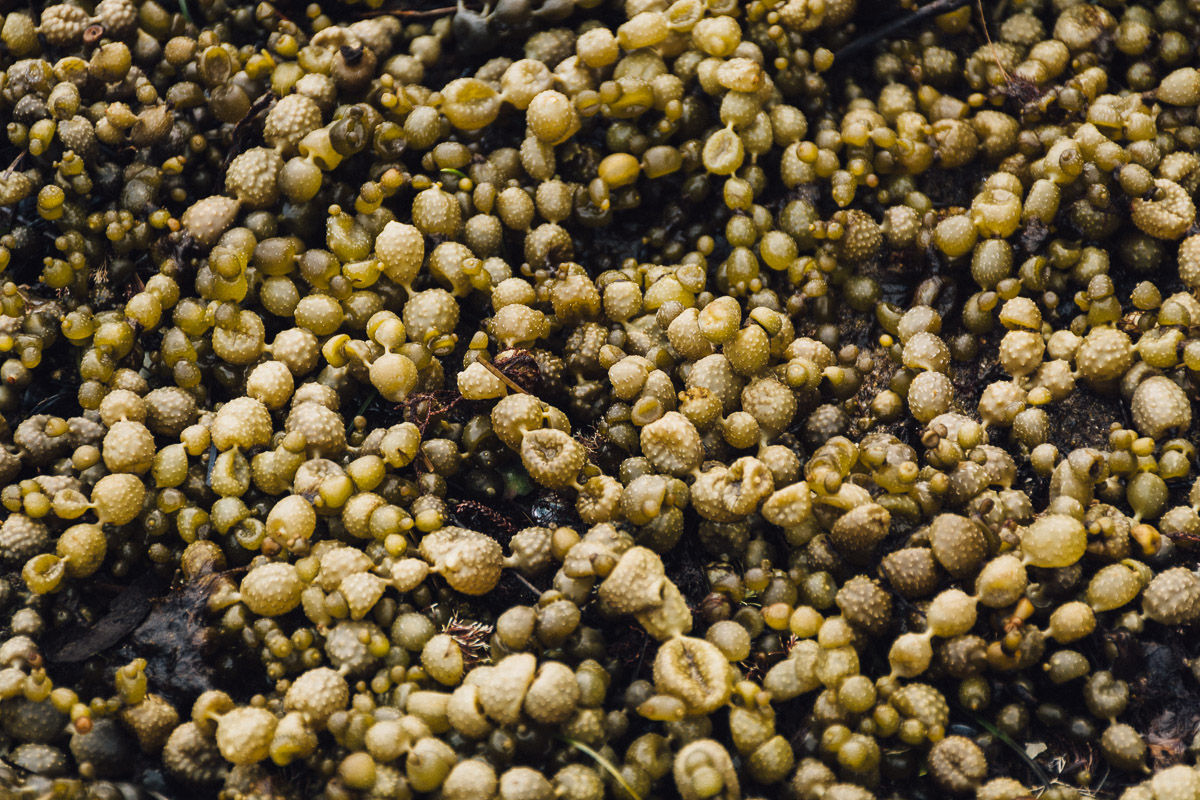 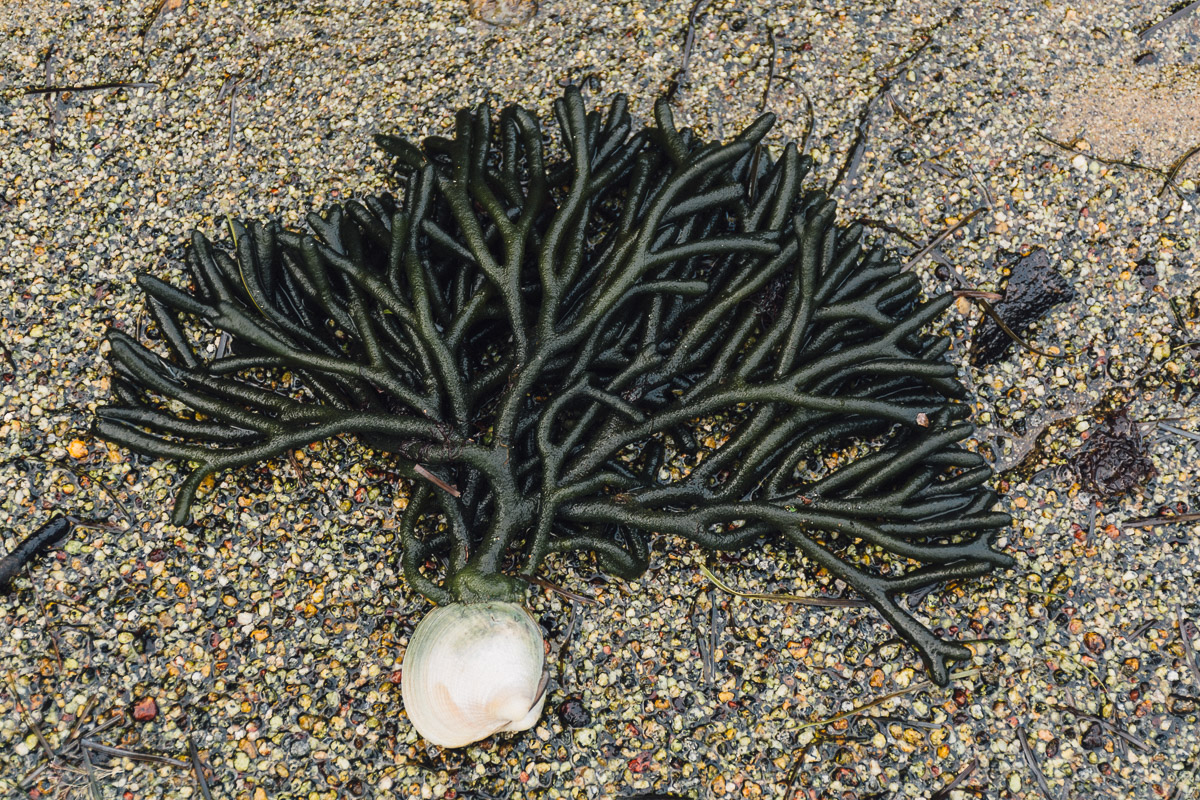 And then there was the third and last day on the track. The morning haze was beautiful without a breeze on the water. We spent the day walking quietly, almost wanting for more, more distance, more time to explore this peaceful place.

This track was memorable and left us only wanting more, which we did in due time. The Rakiura was a unique place to have a first glimpse at the beauties and wilderness of this country. All you need is a backpack, a few days and a bit of courage for the boat ride. As for us, we ended the day at the hotel’s pub, meeting up with our friend who had stayed in and around town to visit Ulva Island, a unique bird sanctuary for endangered species in New Zealand. We enjoyed a solid meal and a local beer while listening to the lively pub’s weekly quiz night, a popular tradition here that we discovered that night. It was quite a great way to end a 39 km walk. 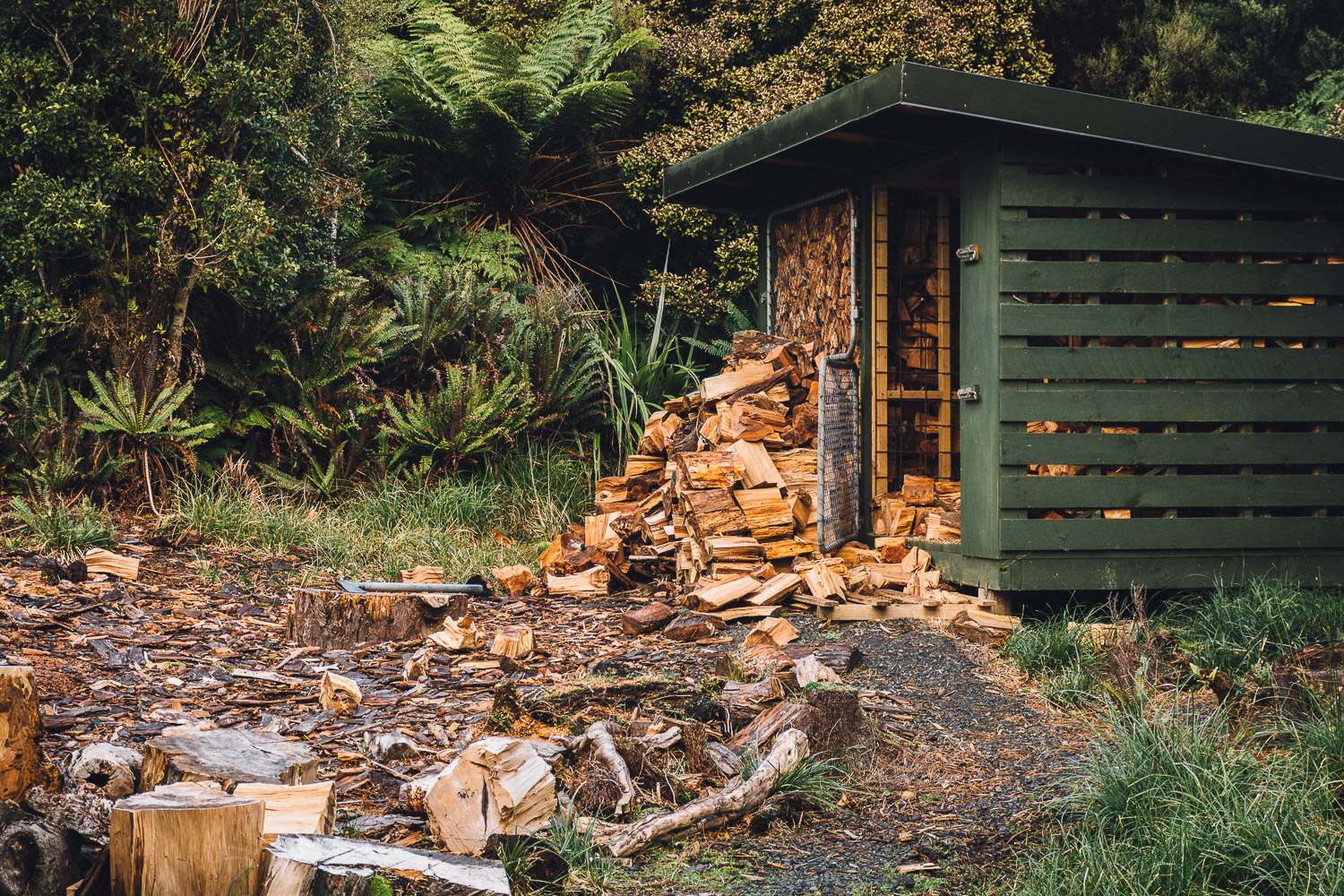 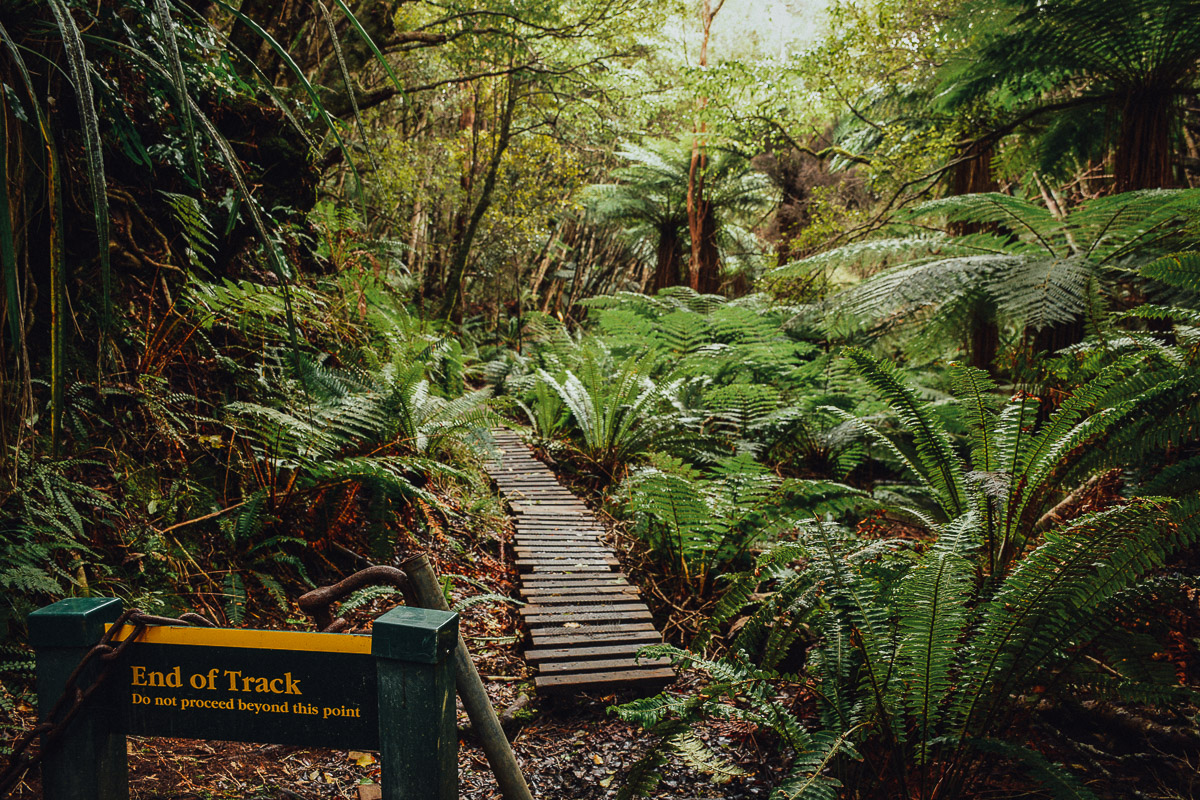 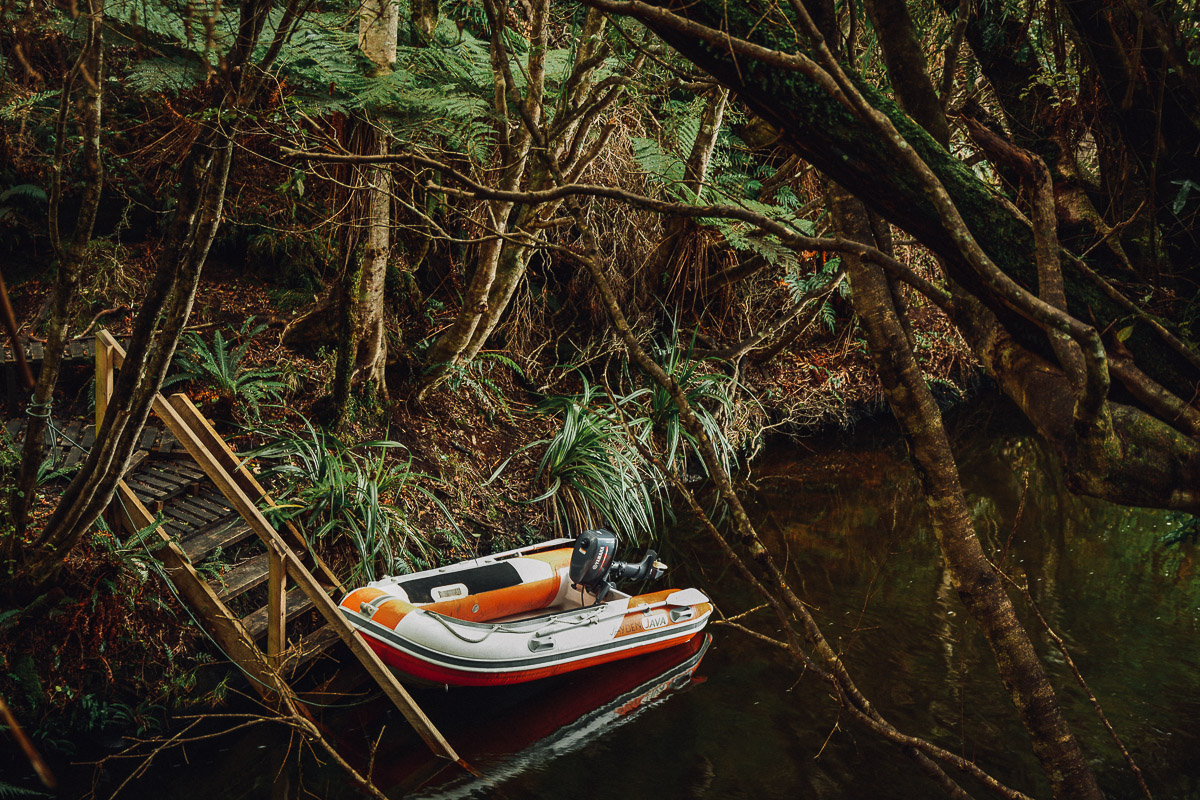 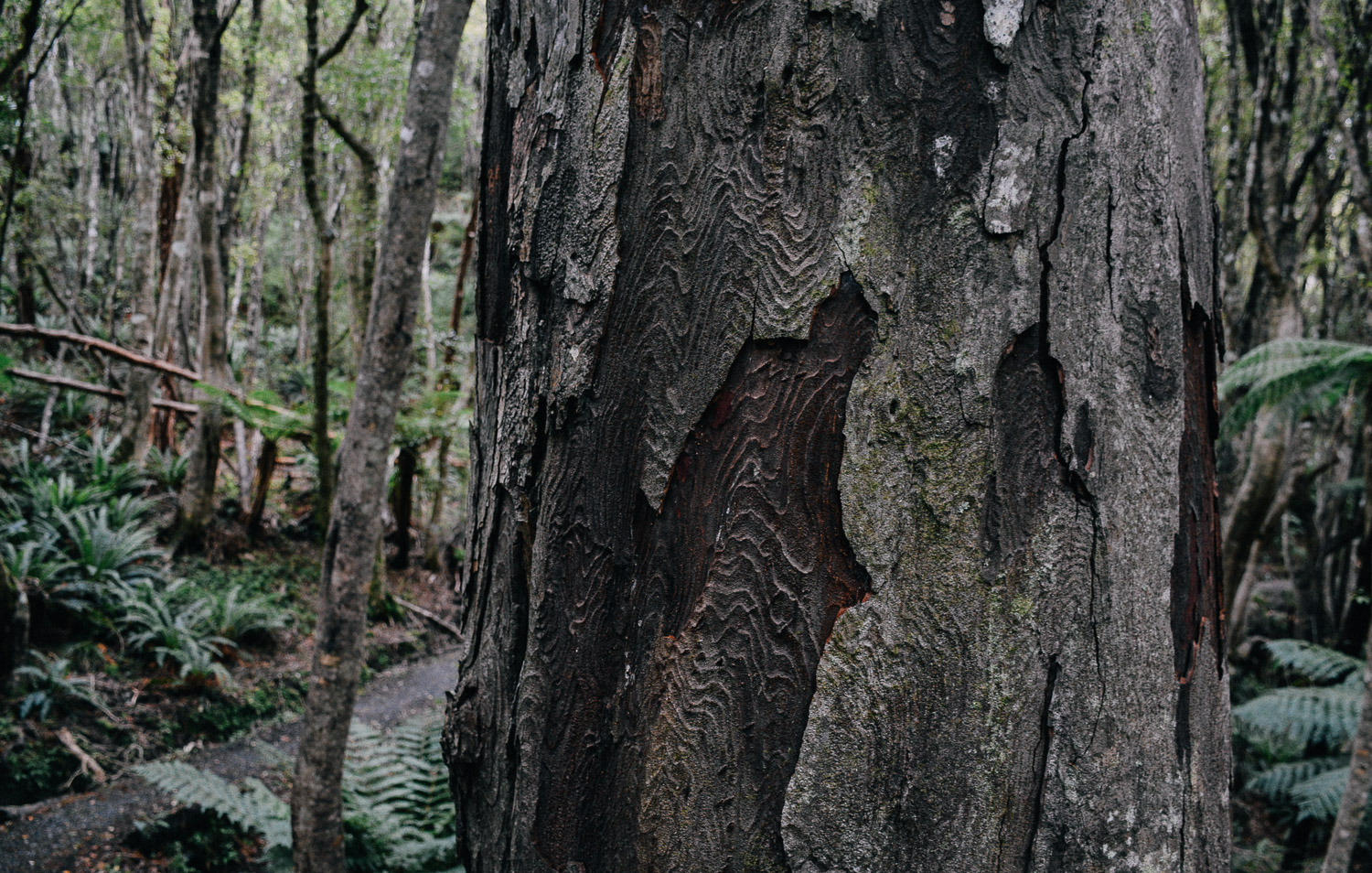 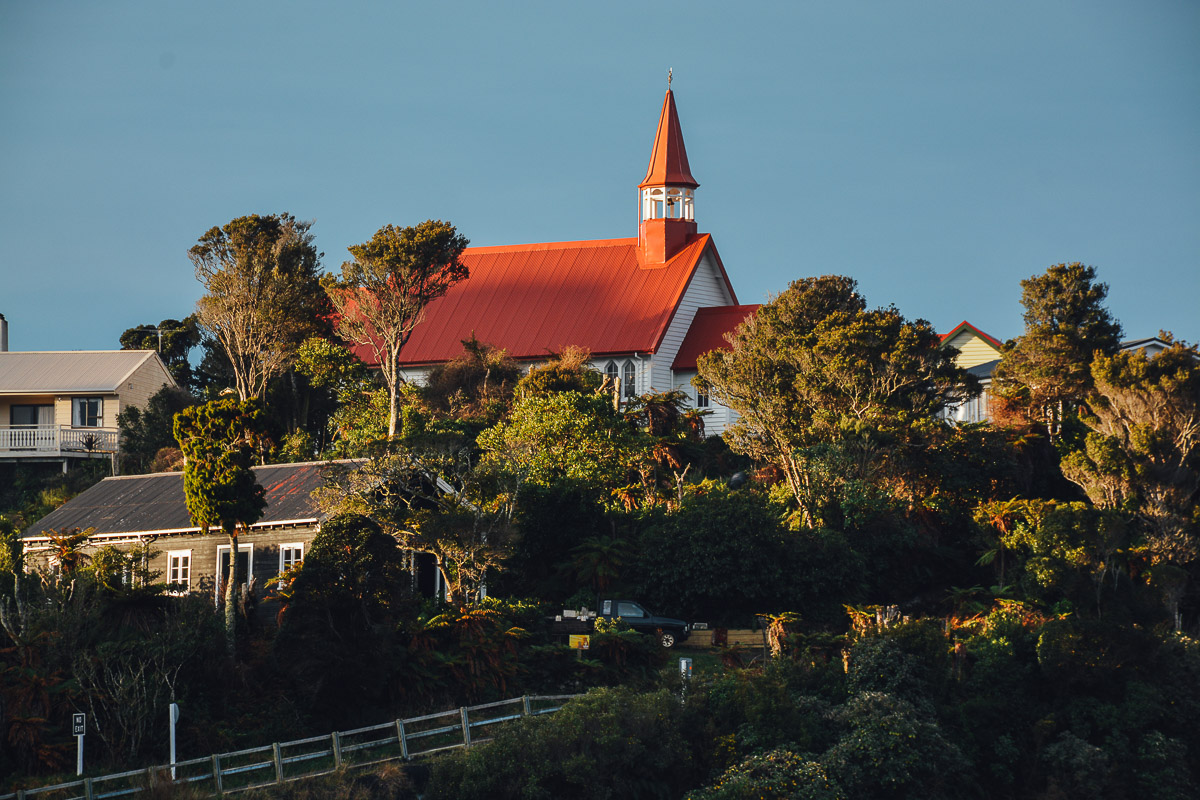 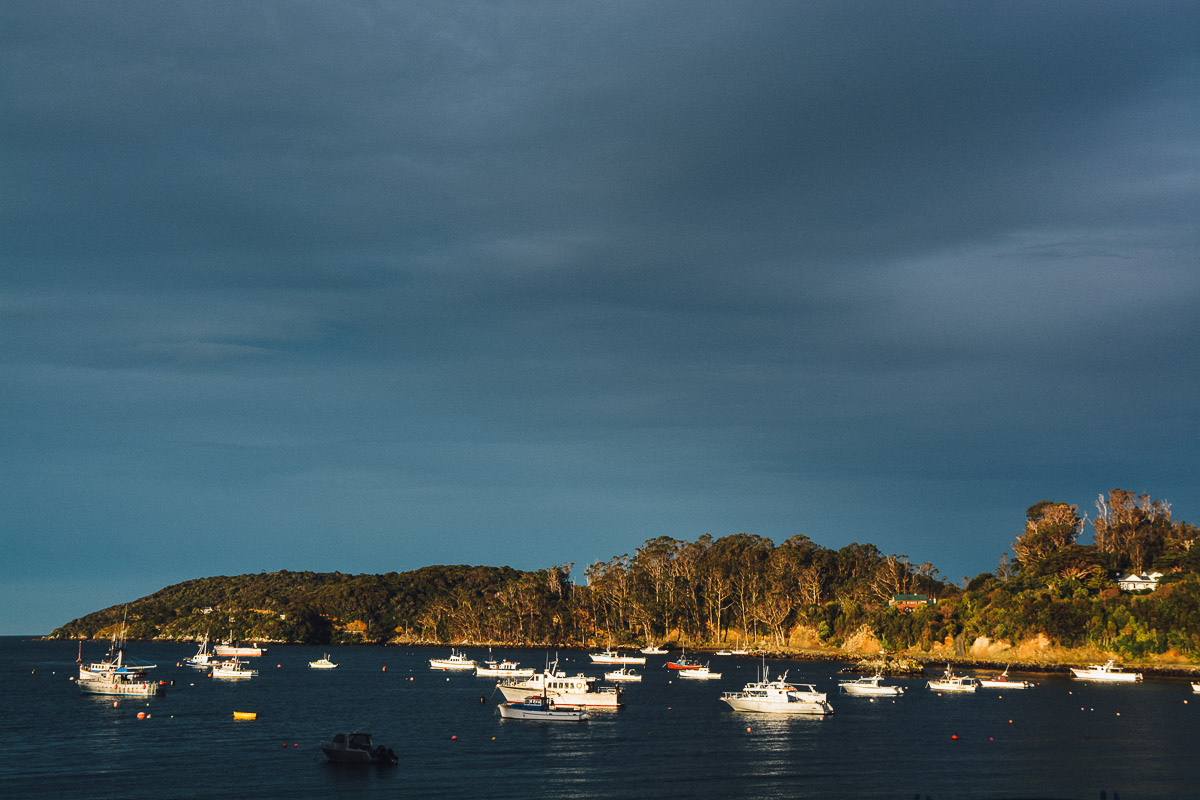 What we walked on Stewart Island is relatively easy, with many features easing the excursion; that’s the high standard of the New Zealand Great Walks, which the Rakiura track is one of 9 scattered across the country. But there is a possibility to raise the difficulty level in the Rakiura National Park with a few more arduous (read extreme) tracks, that will bring you to the real depths of the island and more than likely test your limits. These are the 6 day — 71km — Southern Circuit and the 11 day — 125km — North West Circuit. We were not prepared nor did we have the time for this kind of epic and enduring expedition, but I keep this idea of returning one day to take the challenge.

Till the next adventure…